Believe It Or Not

But the legal system actually worked in the Casey Anthony trial. Like Dave, I did not follow the case at all, but my family did, including my wife who gave me constant updates on the trial's progress. From what she told me, I did not believe that the prosecutors would get a conviction on the deliberate homicide charge, but because a child was dead, I figured the jury would at least go for whatever version of manslaughter was proffered. And then, my wife called to tell me that she was "Not Guilty."
I must admit that I was surprised, inasmuch as I usually feel that juries go with what they think is fair, then their common sense, and finally will look at the law. But in this case, the jurors actually found that the State had failed in its burden of proof beyond a reasonable doubt.
In the aftermath of the verdict, I did have a good time watching the talking heads like Nancy Grace have a complete meltdown on air about the jury's verdict. But she was not alone, and as noted here, the court of public opinion feels as if there has been a complete miscarriage of justice.
The reality is that the system worked. The State put on the best case that they could, which really consisted of pseudo science (a device to sniff decomposition? Give me a break!) and character assassination of the defendant, but no evidence of how the child died. And that is where the case failed apparently in the eyes of the jurors.
My wife and daughter both feel that Casey is guilty of something, and I would probably agree with them on that point. But if the State doesn't prove it, how can there be a conviction unless being a bad person is all the proof you need.
Now I say that the system worked because the jury found that the State hadn't proven their case. The reason that the system is set up this way is not to protect the guilty, but to protect the innocent. If mass opinion is enough, there is no real need for evidence or actual proof. Simply take a poll and determine the accused's guilt or innocence. But if you are innocent and charged with a crime, don't you want the highest standard before the State can take your freedom or even your life? And if you are convinced that the State would never wrongly charge you or your loved ones with a crime that you did not commit you are living in a fantasy world, as prosecutors become more attuned to the political winds than they are in their pursuit of justice.
If nothing else, remember the people who have given you the right to make the State prove its case beyond a reasonable doubt and honor their sacrifice. 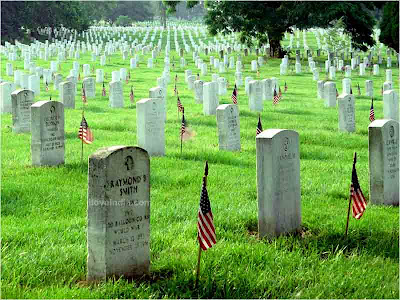 I've been waiting to hear what you thought about this. My husband followed the trial pretty closely (he's retired) and was adamantly sure Casey Anthony was as guilty as sin. I kept maintaining that the prosecution's failure to be able to prove how the baby died would be a huge problem for a murder or manslaughter case. I'm no lawyer, but it always seemed to me that before you could convict someone of killing another person you had to be able to prove that the victim died at the hand on another, and then that the person on trial was the only one who could have caused the death.

I don't think little Caylee got justice, but I do think that justice was served. The state failed miserably in their duty to prove the allegations.

I agree with you Auntie, and I too think that she did something horribly wrong, but Not Guilty is not the same as innocent.